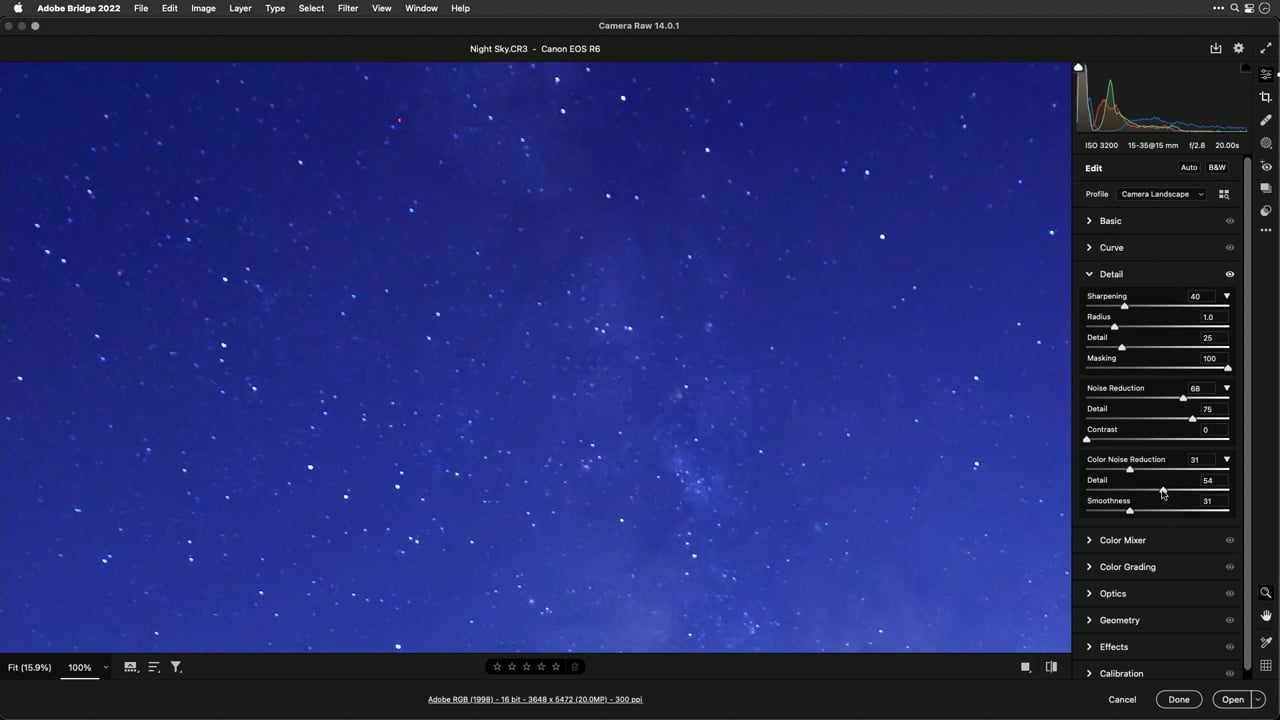 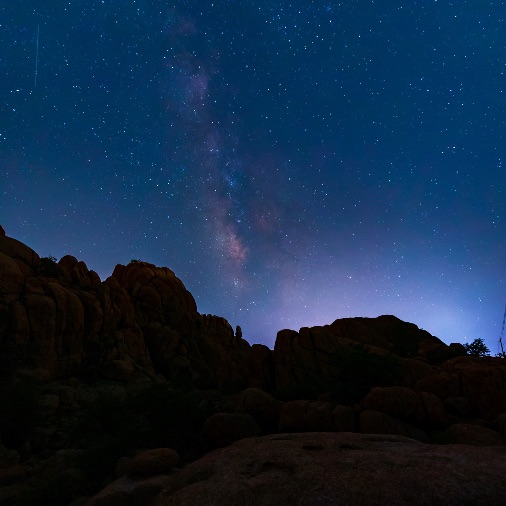 In this lesson I’ll work on an image that was submitted by a Masters Academy member. It’s a night sky image that includes the milky way that also includes undesirable light pollution coming from a distant city. I’ll use only Adobe Camera Raw (ACR) in this lesson, but next week I’ll show you how to deal with similar issues using Photoshop. Note: Another concept I could have used would be to intersect the sky mask with a luminosity mask, but I just felt like painting while I was working on this image. You can see an alternative end result that I think looks better by applying the Snapshots that are attached to the image since I think I did a better job on the image before I started recording this lesson.